Get fresh music recommendations delivered to your inbox every Friday.
We've updated our Terms of Use. You can review the changes here.

Twelve Ways To Fuck Up Before Breakfast 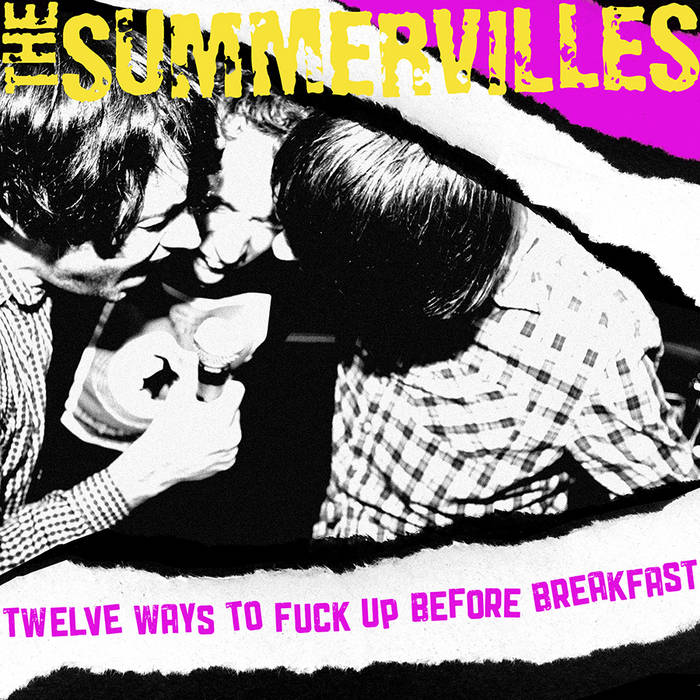 2013; The Summervilles release their debut LP "Twelve Ways To Fuckup Before Breakfast". The band attempts to reconcile the absurdity of mundane nostalgia with a world of social and political ineptness, oh and the impending zombie apocalypse (easier said than done) The album is completely D.I.Y; recorded, mixed and mastered by the band in a bedroom in west Melbourne.

“Twelve Ways to Fuck Up Before Breakfast is a real punk record, with real working class grit running the whole way through it ... do whatever you can to get your hands on this record.“
-- Soundly Sounds | ryansaar.com

“You can expect from the album exactly what you would their live show. Stories of mates, girls, booze and a sprinkling of cuss words for good measure, The Summervilles’ debut is an ode to youth and living fast.”
-- All I Do Is Listen | allidoislisten.com

“I was sold from the first beat of “Sudden Death Casino.” The thrashing guitar and drum come in like a much-needed smack in the face.”
-- Music Defined | music-defined.com

“Fans of the Ramones will dig this album. Its rebellious without being super dark or heavy.”
-- Happy Magazine | Hhhhappy.com

"An action-packed punk extravaganza."
-- Show Me Something Different | showmesomethingdifferent.com

Bandcamp Daily  your guide to the world of Bandcamp

Guests John Beltran and Kim Myhr walk us through their magical musical adventures.